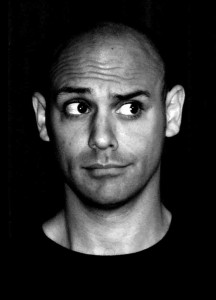 Whether as an act, MC or headliner Adam manages to charm every crowd.

His stand-up performances are peppered with spontaneous wit and schizophrenic leaps into other personalities. A lively and visual comic with well-crafted routines that consistently induce hard and fast laughter.

Adam has supported some of the biggest names in comedy including Russell Peters, Marc Maron, TJ Miller, Jim Gaffigan, Russell Howard and Jack Dee on their European tours.

‘Finally the British have exported something good to the rest of the world. Adam Fields is the shit!’  – Russell Peters (Canadian comedian)

‘Smart and funny don’t always come together but Adam Fields is both. He did a great job opening for me’  – Marc Maron (US comedian)

‘A born entertainer and an audience favourite’  – Standupcomedy.nl

‘He’s been killing every comedy room for years‘  – Camedy.nl

‘Adam Fields is one of the funniest, most lovable, underrated comedians working in the world today’  – Tom Rhodes (US comedian)

‘He’s suave, likeable and has a remarkable ability to make even the naughtiest jokes sound like pure poetry. An absolute master of the craft with well thought-out routines and a razor-sharp wit’  – Utrecht International Comedy Festival